Havelock and Neil Island in Andaman

Blue skies, vast stretches of pristine beaches shimmering with azure waters, Scuba diving and Snorkelling. Add to that historical significance to the Indian Independence struggle & World War II. What place does this bring up first in your minds? Of course, I am talking about the Andaman Islands. The previous post talked mainly about Port Blair and its history. This one is dedicated to the beaches and azure waters of Havelock Island and Neil Island.

Named after a British General Sir Henry Havelock, who served in India, Havelock island is one of the largest islands in South Andaman. This island is a must visit and figures in most of the typical itineraries to Andaman. The island can be reached by ferry. Regular ferries operated by both the Government as well as private companies like Makruzz and Green Ocean ply to the island. It takes about one and a half hours to get here from Port Blair.

The beaches of Havelock are picture perfect and pristine. The beaches here are given numbers. Some of the famous beaches are Radhanagar Beach, Elephant Beach, Kala Pathar Beach and Vijay Nagar Beach. Scooters are available on rent for those who want to go around the island on their own.

Beach no 7 on the western side of the island, more popularly known as Radhanagar Beach, has been voted as the most beautiful beach of Asia a few years ago. Time Magazine had even ranked it as the seventh best beach in the world. This white sand beach surrounded by mangroves looks straight out of a postcard.

Long walks across the beach upto Neil’s cove, which is a hidden gem along this stretch, is something that will remain etched in your memory forever. The beach is ideally suited for spending a lot of time for both adults and children alike. Children can have a great time here with their sand toys. Getting into the water is perfectly possible as the waves are not too rough or high most of the year. And finally, the sunsets here are to die for! Especially during the winter months, the sky turns into a canvas with myriad hues. As you walk the beach, you can see small crabs sauntering across the sands creating beautiful trails all around. The intricate patterns make for some interesting photos. 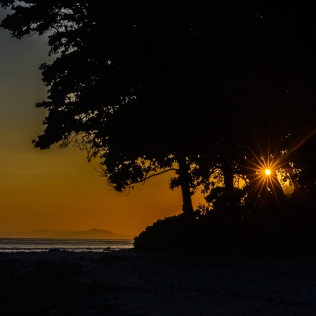 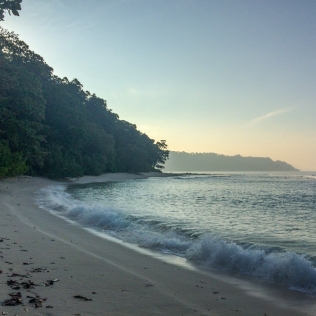 Colours of Sunset at Radhanagar Beach 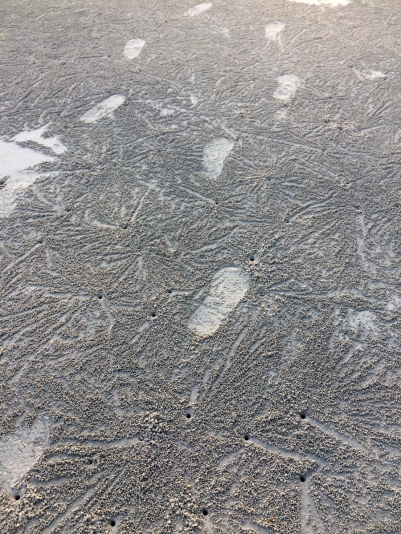 The biggest advantage of staying at Barefoot at Havelock resort is that you can get a private access to Radhanagar Beach from within the resort. And the hospitality and ambience being great just makes it a wonderful option. Devoid of any digital access, the resort and the island in general is a great place to unwind and fully soak in the beauty of the surroundings without distractions. Most of the other resorts are on the eastern coast of Havelock and give you an opportunity to enjoy sunrise from the resorts.

Back to Barefoot resort. The accommodation options range from tents to villas. Both the Andaman and the Nicobari Villas have been tastefully done. The cottages have been constructed in the traditional style with local wood.

Inside the Nicobari Cottage

The path that leads to the beach from inside the resort is truly magical. Enchanted Woods might be the best way in describing the place :D The tall trees and the light filtering through the canopy with the white sand beach just across the mangroves is an unforgettable sight. Towels and mats can be picked from the resort while going to the beach. Since this section of beach is at quite a distance from the public entrance to the beach, you will mostly find residents of the resort here save for the occasional one who walk a long way from the public beach.

Walking into the woods

For those interested in birdwatching, early morning walks around the property can be rewarding. Sometimes endemic birds such as Andaman Coucal can also be seen near the villas in the property. One can sign up for a birdwatching walk with the Yoga trainer at Barefoot who also does birdwatching. Typical sightings here include Racket-tailed Drongo, Green Imperial Pigeon, Yellow-footed Green Pigeon, Collared Kingfisher, Andaman Serpent Eagle, Sandpiper, White-breasted Kingfisher and Asian Fairy Bluebird. The walk leads you through dense foliage next to the Radhanagar beach and past Neil’s cove. The place looks straight out of a fairytale and has an otherworldly charm in the early morning. 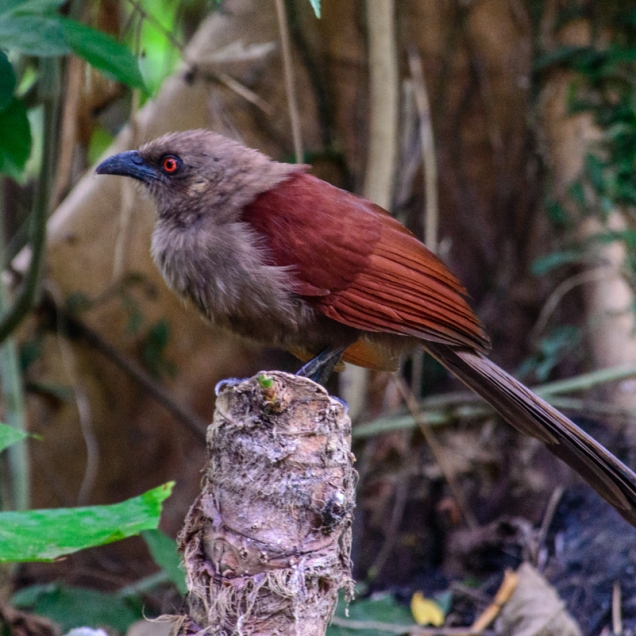 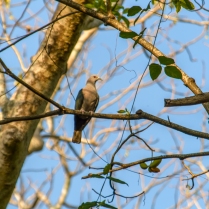 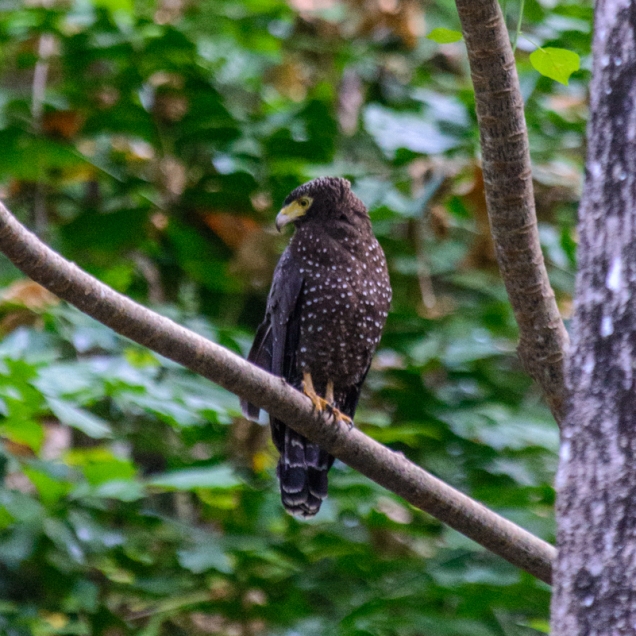 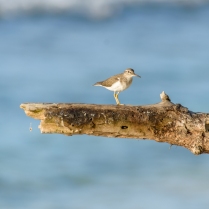 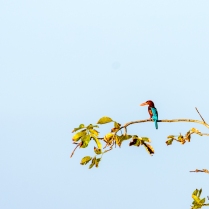 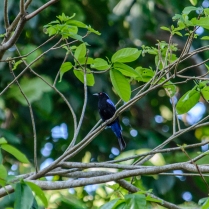 The Andamans, especially Havelock, is one of the best places in the world for scuba diving. Barefoot also runs a scuba diving institute here and the folks at Barefoot Resort can also arrange for the same. Given all that you can do when at Havelock, you should plan for atleast 3 nights here, so as to not feel rushed.

Elephant Beach along the North Western edge of the Island is a popular hub for water sports in Havelock. The most common way to get here is to take a speed boat ride from the Havelock jetty which takes around 20 minutes. The other way is to trek through the forest for close to 2 kms from a path on the way to Radhanagar Beach. This will take around 45 minutes.

This beach has crystal clear water. Fallen trees and logs strewn across the shore add a charm to the beach. This is the hub for water sports on Havelock. Some of the water sports that are conducted here are snorkelling, under water sea walks and banana boat rides etc.  Glass bottom boat rides can also be taken to view the colourful underwater world. Lots of clownfish, jellyfish and other colourful fishes can be seen.

Kalapathar Beach is probably the last beach on the eastern coast. Most of Southern Havelock is uninhabited. A drive along the eastern coast of Havelock leads one past many resorts and hotels before ending at this scenic beach. The beach is named so due to the presence of coal black rocks scattered across the coast here. This might be a good place to watch sunrise. Small shops have been setup next to the beach to sell souvenirs and food for tourists. This beach is not as popular and crowded like Elephant Beach and probably Radhanagar Beach (where one can have an excellent experience minus the crowds upon staying at Barefoot).

A crab at Kalapathar Beach

Watching the waves at Kalapathar Beach

Neil Island is a smaller island compared to Havelock in Southern Andaman. It is named after a British Brigadier called James Neill who fought on the side of the British in the sepoy mutiny of 1857. It was uninhabited till the Hindu refugees from Bangaladesh were settled here around the late sixties. As the land was suited for paddy cultivation, most of the forest was cleared here making the island a bit warmer than Havelock. This island supposedly supplies vegetables to the rest of Andaman.

There are fewer resorts and tourists here compared to Havelock. Momentum of tourism is picking up gradually though. The island has a different charm of its own. It takes an hour to get here from Havelock and two hours to get here from Port Blair. One can choose to do this as a day trip from Havelock too. A stay of 1-2 nights is definitely recommended to appreciate the beauty of Neil Island.

Some of the key attractions of the island are its beaches named after characters of Ramayana such as Rampur beach, Sitapur Beach, Laxman Beach and Bharatpur Beach. The ferries plying to Neil island embark on the jetty at Bharatpur Beach. While Sitapur Beach on east is considered good for sunrise, the Laxmanpur Beach at the Northwestern tip of the island is best for sunset.

The jetty where the ferries land is right next to the Bharatpur Beach. This is a picturesque beach. Like Elephant Beach, water sports such as snorkelling and scuba diving can be done here too. Glass bottomed boat rides can also be taken. There are plenty of shops selling knick knacks and food next to the beach. 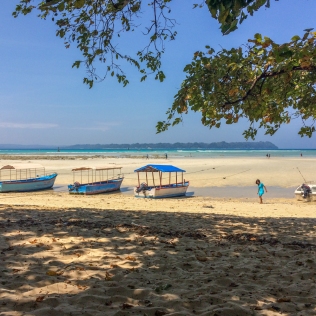 A visit to Neil Island is incomplete without visiting the landmark bridge created by nature. To get to this place one needs to take a short and easy walk along a narrow path on a small hillock like place dotted with makeshift shops selling trinkets and then walk past coral reefs. Manoeuvring the corals is best done on barefoot.

Highly recommended to engage a guide to understand the place better. A guide can explain about the various types of corals that are encountered along the way. Some of the interesting corals here include Beehive Coral, Jackfruit Coral and Brain Coral. Plenty of Sea Cucumbers can also be seen. 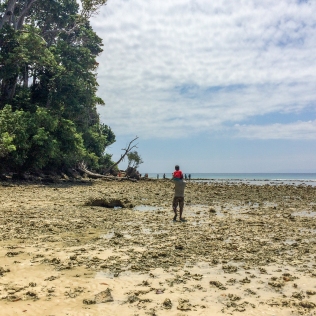 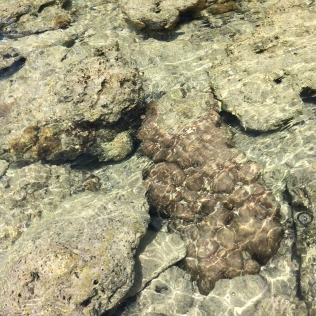 The bridge formed by live corals gradually comes into view and it is magnificent. It is visible only during low tides which is typically before evening when it gets submerged in water. 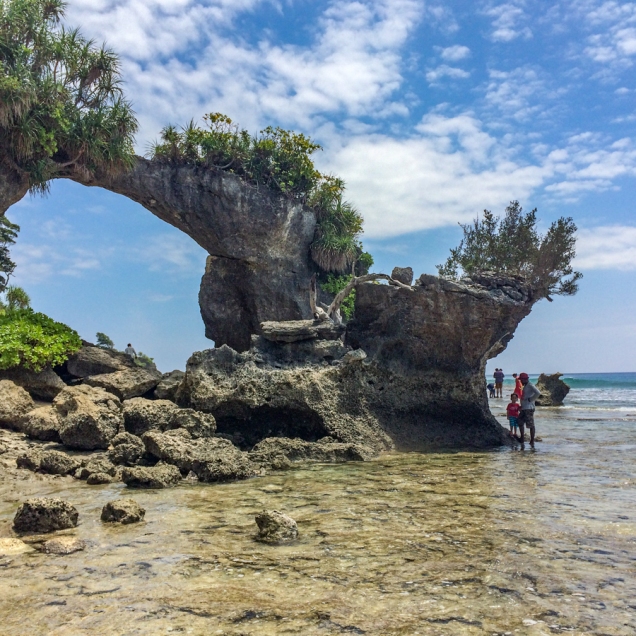 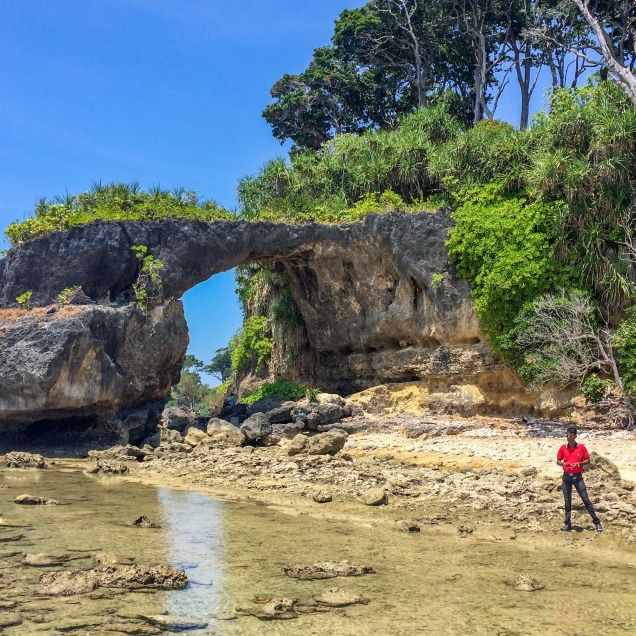 Natural Bridge from the other side

Andaman is definitely a hotbed of natural diversity. There are many places in North and Little Andaman that can be visited other than the ones mentioned above. Some of these include :

1 Response to Havelock and Neil Island in Andaman